I’ve never really been afraid of tornadoes. You see, I’m an Arkansas girl, born and raised. I remember the thrilling nights as a kid when my mother pulled us from our beds and we’d spend what seemed like all night giggling under a mattress in the hall with flashlights and teddy bears. It was fun.

And I’ve seen the aftermath, the piles of rubble, the death counts on the news. But you see, I’m an optimist. And all these things I have seen from an emotional distance. So the prevailing theme to them all is the hope that humans are able to cling to, the stories of survival. So I’ve never really been afraid of tornadoes.

So on Sunday, April 27, when the weather man said the forecast was a mix for disaster, we decided we’d go ahead with our move to Vilonia anyway. We already had the UHaul. The house was in boxes. The helping hands had signed up. Our new house has a concrete basement. We’ll be safe, we thought.

While 20 people ate hot dogs and potato salad in the basement, the wall cloud blew over our mountain to the valley beyond it. The TV showed the eye of the storm directly over Cody Ln. And I stood on the front porch and saw the sucking black sky twirl in the distance. And for the first time that day, a fear swelled up because I knew that street. Because I’d traveled over the mountain just days before to that street. I’d stood in a house with a red door with my precious friend April, while our sons played in the yard. I’d marveled at her garden patch and seedlings and thought how much I loved her when she’d showed me her Hobby Lobby project, letters that spelled “Smith” above the door jam. “I spaced them out,” she said, “because I didn’t want to copy you.”

I couldn’t reach her. The storm had moved on but she wasn’t answering. We prayed for them as the minutes passed. Five, then ten, then the rain stopped and the sky stilled. But she didn’t answer my calls. “Call Daniel,” I told Miah. But he grabbed the keys instead. He and Jud got in the truck and left. I don’t know….I think he knew somehow. The way he was praying…it was different. He wasn’t asking for safety but for peace and I found it odd. I was afraid.

Time passed. He should have been there but the phone kept reaching voicemail. She wasn’t answering and now he wasn’t either. The group of guys that had been unloading our Uhaul left to go help. My texts to him grew in desperation.

Did it hit them?

Honey, are they ok?

Please tell me if it hit them.

Please tell me they are ok.

Miah, please tell me they are alive.

A blur. Calls to our pastor’s wife. Praying. Crying. And then another message

April and Daniel are alive right now but the boys are gone, honey.

I don’t know what else happened for a while. My face was on the floor and my sister was there hugging me. Stephanie and I, both mothers, both friends of April, wailed. And only one prayer, a prayer more desperate than any I have ever prayed in my life, left my lips. “God, please, not this for her.”

It’s been a long couple of days. Little sleep. Lots of calls and messages. A group of men from the church went to the site and gathered what they could of the Smiths’ belongings. The house is completely gone. 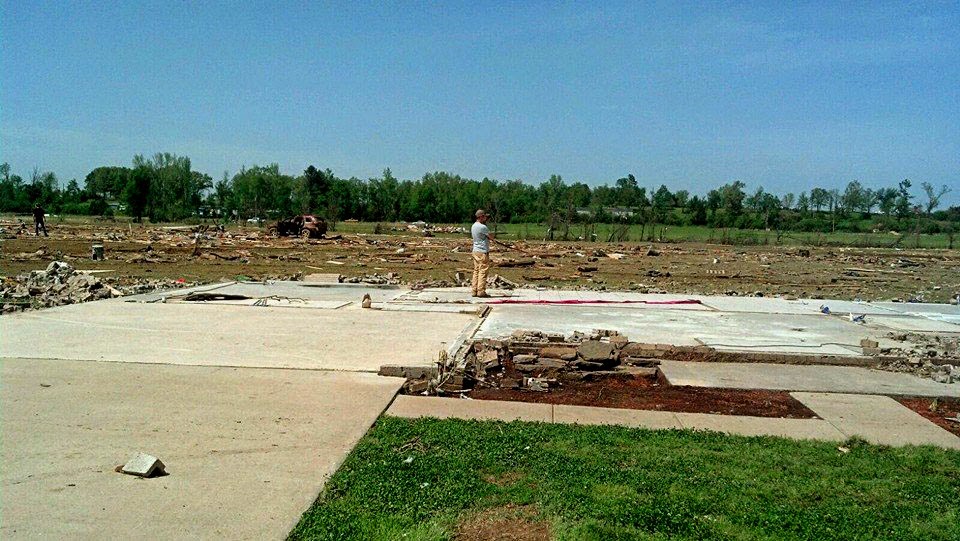 Back in the fall, April and Daniel were still living in Sherwood. They received a 30 day notice that they needed to move so the owner of their home could sell it. She started to worry but in true April-fashion, she said “I know God will provide”. Just a week or so later she told me about the house they had found in Vilonia, about how perfect it was. The owners wanted to work with them to get them in it. It was just. so. perfect. It even had the red front door she had always wanted.

So, you see, I was angry. Because I knew God put them in that house. And it was no act of violence or human mistake that took their sons’ lives. It was an EF4 tornado, a mile wide, and it sucked everything that seemed so perfect off the foundation that God had given. I was SO angry.

I’ve always called her the cheerleader. Because she was one once, in a pom poms and pyramids sense, but because she still is now, in a bible and faith sense. She is who I call when my faith is stretched. And every time I hang up the phone, I’ve been reminded of how big and how good and how strong my God is.

I spent these angry couple of days questioning why God would take those boys and why he would take the best cheerleader he had. Because who could still cheer for their God after this?

The thing is though, my faith is not April’s faith. It never has been.

Last night, we walked in the hospital room to see her. While Jeremiah and I held her hands and kissed her face, she wept. She had questions about that night. She had heard that Jeremiah found the boys and she told him she was comforted it was him because she knew he would have prayed over them. We all cried. A wise, young friend of ours sent us a message of encouragement yesterday that we were able to share with April.
She shared the following scriptures:
Isaiah 55: 8-11
8 “My thoughts are nothing like your thoughts,” says the Lord. “And my ways are far beyond anything you could imagine.
9 For just as the heavens are higher than the earth, so my ways are higher than your ways and my thoughts higher than your thoughts.
10 “The rain and snow come down from the heavensand stay on the ground to water the earth. They cause the grain to grow, producing seed for the farmer and bread for the hungry.
11 It is the same with my word. I send it out, and it always produces fruit. It will accomplish all I want it to, and it will prosper everywhere I send it.

Jeremiah shared with her what a comfort it was for him to think that everyone is here for a purpose, for God’s purpose not for our own fulfillment. And when their purpose is reached, they GET to go home. He repeated Taylor’s words to her, “How incredible it was that Tyler and Cameron were able to serve their purpose in such a short time, when it takes some people 100 years”. I told her how angry I had been, grappling with the truth that this was allowed, arranged even.

And my beautiful friend, my cheerleader, laid in the hospital bed with her broken body and battered, beautiful face and held my hands and told me not to be angry because her God is good. She knew that her sons had fulfilled their purpose in life and that they were with the father now.

Tyler has always talked about heaven. About how he can’t wait to get there. She said she thought it was because he heard them saying how wonderful it would be…some day. But he looked at her Sunday afternoon, before the storm, and told her he was ready to go to heaven. “Will you miss me?” he asked her. “Well yes,” she said, “but let’s not talk like that now.” “How long will you miss me?” he persisted. And she just smiled and said, “I guess until I see you again.”

“I have peace,” she told me last night through her tears, “I know I have more pain to go through that I probably can understand. But I have supernatural peace. I don’t know what God has for me and my husband that our boys couldn’t be here for, but I do know that He is good. His plan is good.”

I don’t understand this kind of faith. Because I think every parent who has heard this story since Sunday has wondered, “How do you live through that?”

For those of you who have been worried about April and Daniel, worried that they would not be the same, that they could not carry on past this loss, please don’t worry any more. I have seen her hope. It is anchored in eternity. It is the kind of hope that saves people. And that’s not just the optimist in me talking.

For those of you wondering how a mother could serve a God that might allow this, understand that Tyler and Cameron knew Jesus. Just a couple of weeks ago, they led a friend to Christ. They aren’t over. Their story hasn’t reached the end. They aren’t even really gone. They’ve just moved for now.

We will miss them. Like April told Tyler on his last day on earth, we will miss them until we see them again, April and Daniel more than any of us. While none of us understand it, we must take up her lead and know that even still, God is good. And we must understand that while we may love these boys, God loves them infinitely more. He loves them perfectly. And with his knowledge of the lives and futures of the Smiths, God took them home.

But he left their mom and dad. Somehow, though every bit of that house was ripped from the foundation, April and Daniel will live. They will tell this story and honor Tyler and Cameron’s lives. Masses of people will know Jesus because of this story. Because we cannot fathom this strength.

When I left the hospital last night, I just cried and thought “She is so strong. She is so faithful. She is so selfless. She is so beautiful”. And it hit me. April is all of these things because she allows herself, even in the midst of this tragedy, to be a reflection of our strong, faithful, selfless, beautiful Savior.
They are greatly broken. But they will mend. They haven’t fulfilled what God has for them yet. But they will. Because while she could be angry, and she may be at some point, she is holding tight to the only thing she has left:

The truth that GOD IS GOOD. ALL THE TIME.
I asked her if I could take her photo, so she could have it later when she told her story.
She told me to show you all now. And to tell you… her God can overcome even this.

My friend. Who remains the most beautiful woman I know.
April, the cheerleader. 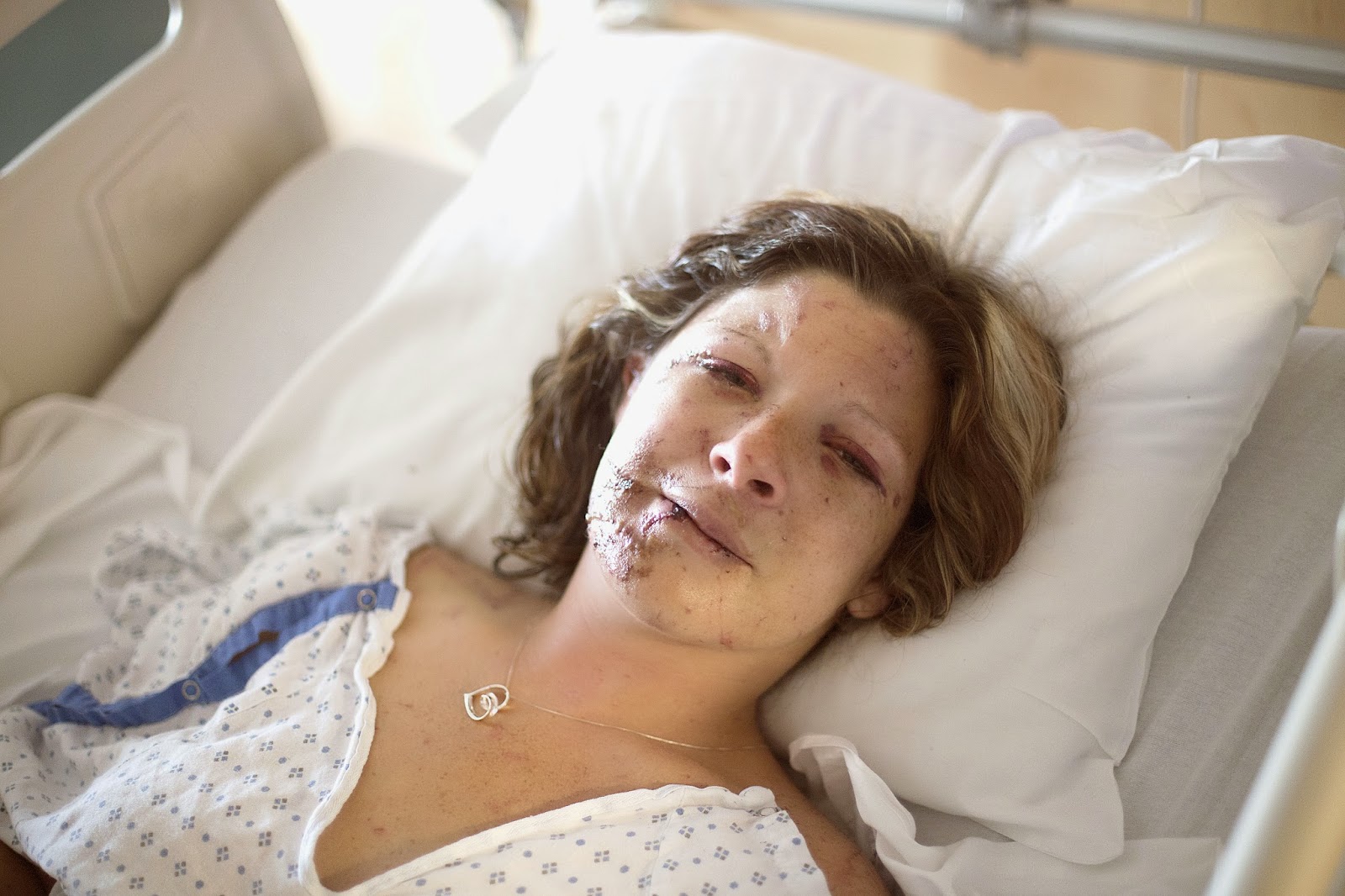 About a year ago, our home church (Thatchurch.com) in Sherwood, AR, told April's life story. This post has gone absolutely viral. Millions have heard the testimony of April's faith. She is showing hundred's of thousands to Christ. Watch the video of her story, and you will understand a little of the plan she is so sure God has.

Added May 9, 2014- Also, if you would like to watch the funeral services for Tyler and Cameron Smith, please go here.


To donate to the Smith family, go here.

Posted by The Hodgepodge Darling at 7:06 AM 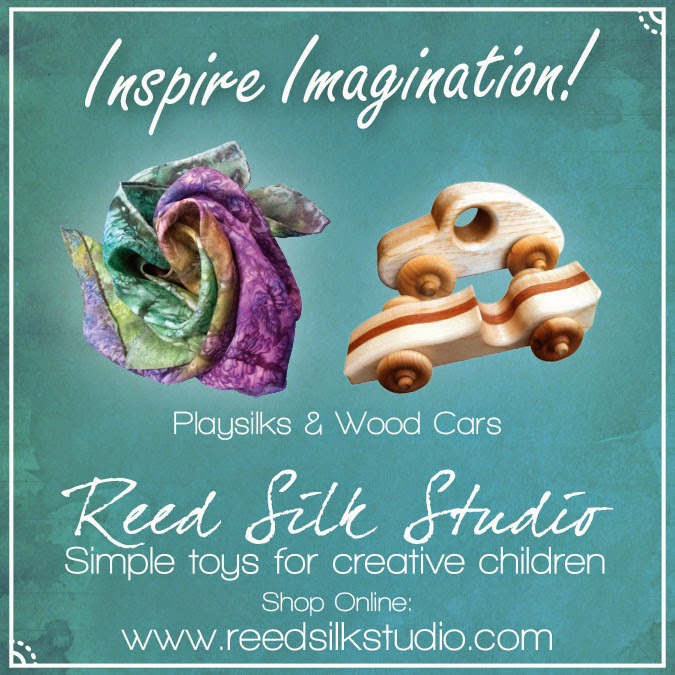 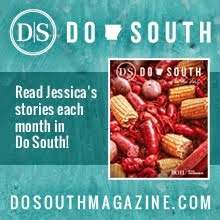